Are You At War or At Peace With Yourself? 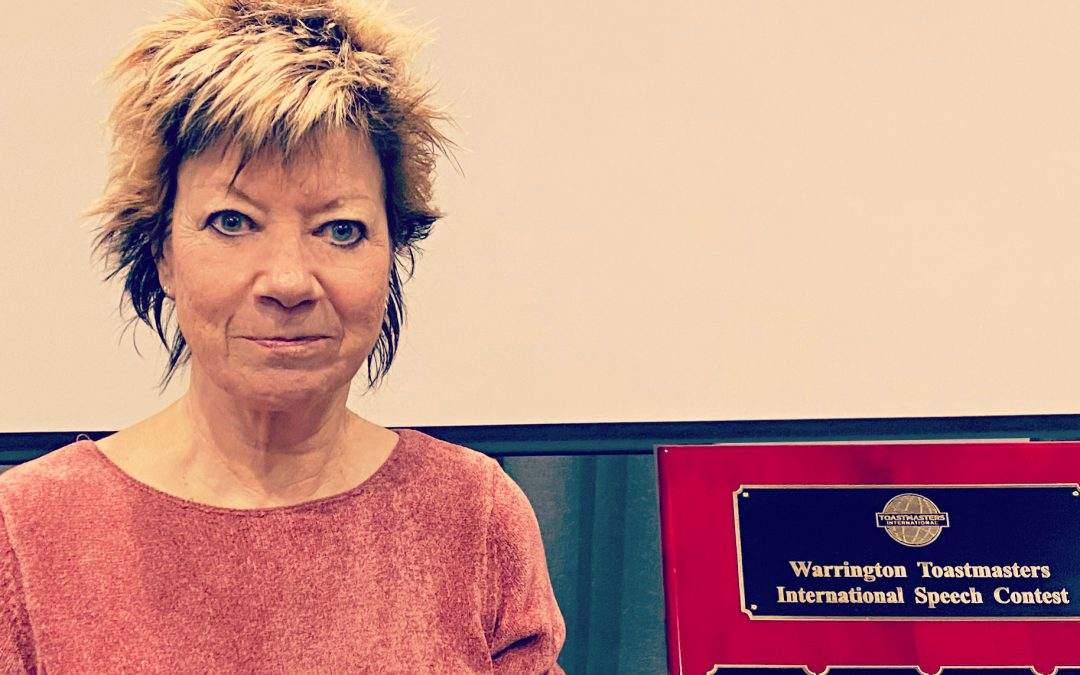 I recently delivered a speech entitled ‘War and Peace’ and it won me 2nd Place at the Warrington Toastmasters International Speech Contest which takes me through to the next round – the Area Finals in 2 week’s time.

Have you ever felt that you’ve been at war with something or someone?

And what about Peace?  How often do you find yourself in a place of peace, where you’re happy just to be who you are and in the world that you’re in?

I spent 30 years navigating expat life as a single female in North Africa and the Middle East and my love life often made me feel like I was at war with my hormones.  These chemical substances produced by my body have a lot to answer for!   They relentlessly drove me into many unsuitable, but very exciting, relationships.

The first unsuitable relationship being with the man I married.  Alan decided that he didn’t want to compete with my friends and burnt my address book on the fire just weeks after we got married!  Then there was Don who took me out for a lovely Valentine’s Dinner only to tell me afterwards that he didn’t want to see me anymore!  And then there was Charlie.  When I told Charlie that I needed some space and didn’t want to see him for a while, he took it very personally and, being the jealous type, he broke into my flat in Abu Dhabi and stole my 5-year diary.  He then sent the originals to my Mum and Dad in the UK and copied some of the most steamy pages to various people in my life – like my boss!!!!

How often have you felt that attraction for someone you knew wasn’t right for you yet unable to say ‘no’!

It may sound weak willed or stupid, but have you ever lived in a hot climate and discovered how our hormones take on a different life of their own?  Mediterranean men aren’t called hot-blooded for nothing! And when I was nearing the end of my reproductive years those hormones were totally out of control!  They even made me obsessed about having kids!  This was definitely not on my agenda!

Lots of broken hearts later – mine and theirs, marriage and divorce, I was somewhat relieved when I hit Menopause!

No more PMT, no more fear of getting pregnant and no more embarrassment when I leaked into a pair of white jeans!

Many women fear the “Change”, thinking that once they pass childbearing age, men would find them unattractive and useless.  But not me…

For me, the Change has definitely been for the better.  No more war between me and my hormones.

It took a few years of soul searching, meditation and lots of ‘me’ time to peel back the layers of societal convention, values and Ageism.

In my speech, I explained that, contrary to the general consensus, we don’t automatically grow ‘old’ just because we turn 60.   For me, I am actually happier than I had ever been, I’m finding a peace that I find totally empowering and I’m able to approach relationships from my head and my heart, instead of being dominated by my hormones.

Being an ‘older’ woman, I am no longer object of male stares and sexist comments, I don’t give a damn what other people think of me and I am totally fine with my ‘happy’ facial lines which represent a life well lived.

Society has been deeply influenced by advertising and the media which have portrayed younger faces and bodies as the ideal female persona.  It’s frightening how we’re swayed so powerfully by what we read and what we see.

But I’m relieved that times are changing.

Older female actresses like Meryl Streep, Maggie Smith, Judi Dench and Jane Fonda are holding their own, as well as older female athletes like Connie Dennison, the world’s oldest yoga teacher from Scotland who turns 100 this year, Harriette Thompson who at 91 became the oldest person to finish the Rock’n’Roll San Diego Marathon and Ernestine Shepherd, Bodybuilder of 78, who is inspiring others to lift weights at any age!

But it’s not must the rich and famous!  Many ‘ordinary’ women over 60 are living extraordinary lives.  They are getting out of their comfort zones, doing things that previously were thought of as not possible for older adults and showing the world that age is just a number.

We are living longer, with greater health, than previous generations.  A female today can live 3 decades past her reproductive capacity.  This is unique in the entire history of evolution!

How is the vision of your future self?

Are you taking care of yourself now so that you too can live your later years as a fit, healthy, confident person?

Write in the comments or send me an email about what you are doing today to benefit the ‘you’ of tomorrow.

Know where you’d like to be when you reach your 60’s or 70’s but not sure what you need to do to get there?   Need some inspiration as to what is possible for you?

If so, come and work with me 121.  I would love to see you shine in your Golden Years!

Give me a call on 07598 129189 or email me at anita@anitadawnwellbeing.com and let’s get you started on the most exciting adventure of your life!