This woman seems to be amazing……but this is how 71 years of age should look like! There has been so much research available on how important strength training is for women – how come you missed it?  But fear not….it is never too late to start and we can make gains at any age.  Read this article by Rachel Hosie of The Independent to find out how….


For many years, the weights room in a gym was the domain of young, ripped gym-bros.

However, times are changing and the so-called “testoster-zone” is gradually becoming more diverse, with women and older people discovering the life-changing power of lifting weights.

One of the people leading the charge is Dr Catherine Walter, the 71-year-old captain of Oxford University’s Linacre College female powerlifting club, the Linacre Ladies that Lift.

Proving that it’s never too late to pick up a weight, Dr Walter first ventured into the world of strength training at the age of 65.

“Six years ago, I told one of my sons that I was getting unfit, that I was too busy to go to the gym five times a week, and that I was worried that I was on a slippery slope, given my age,” she explains to The Independent. 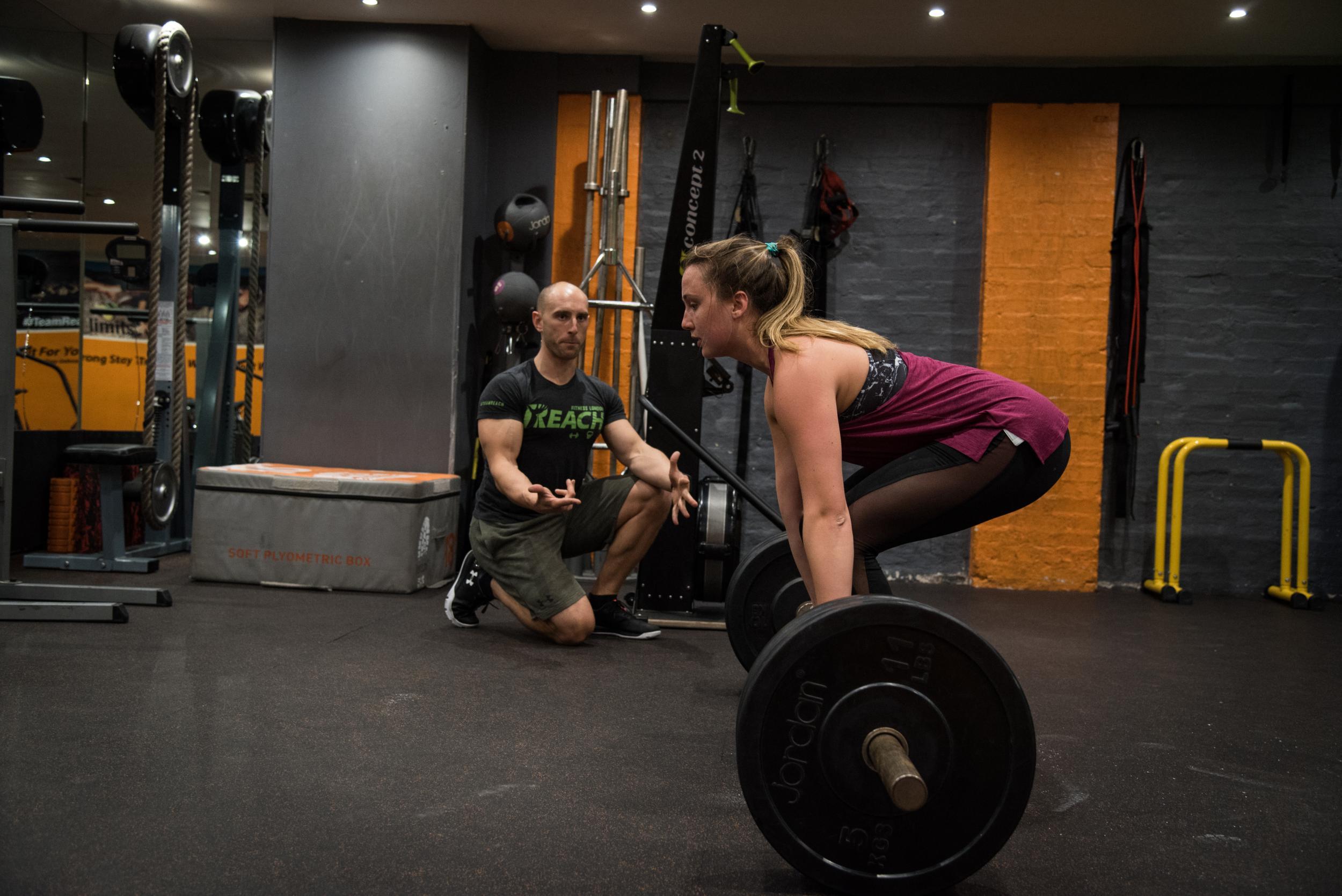 How lifting weights has revolutionised my mindset

“My son suggested that I should think about lifting heavy weights for few reps, pointing out that it was much better overall than cardio, and that I wouldn’t have to do it so often. That sounded good.”

One of Dr Walter’s Oxford colleagues happened to be a powerlifting coach, she asked him for a lesson and never looked back.

She and the team compete around the world wearing rainbow socks – when they first competed as a group in 2013, it was in the run-up to the Sochi Winter Olympics. “So when we picked our kit colours, we chose rainbow socks as a gesture towards inclusion in sport, and we have worn them ever since,” she says.

Dr Walter now trains twice a week, working on her squat, bench press, deadlift and overhead press. She focuses on volume for one session a week, lifting about 70 per cent of her maximum weight for five sets of five reps, and intensity for the other, aiming for five sets of one rep at her maximum.

“Each week, all being well, the maximum moves up a tiny bit,” says Dr Walter.

And this is one of the reasons she loves lifting so much: “I love seeing the weights get heavier and heavier. I even like it that sometimes I have to live with plateauing or reducing my weights, for example when I’ve been ill, because it teaches me resilience.”

Dr Walter is passionate about weight lifting for many reasons.

“When I have a really heavy weight on my shoulders, I feel as if lifting it is what my body is made to do – it just feels right,” she explains. “Also, when I’m lifting, I can’t be thinking of anything else – I have to be right there, in the moment, with the basic elements – the bar, the weights, and my body, in a kind of mindfulness. 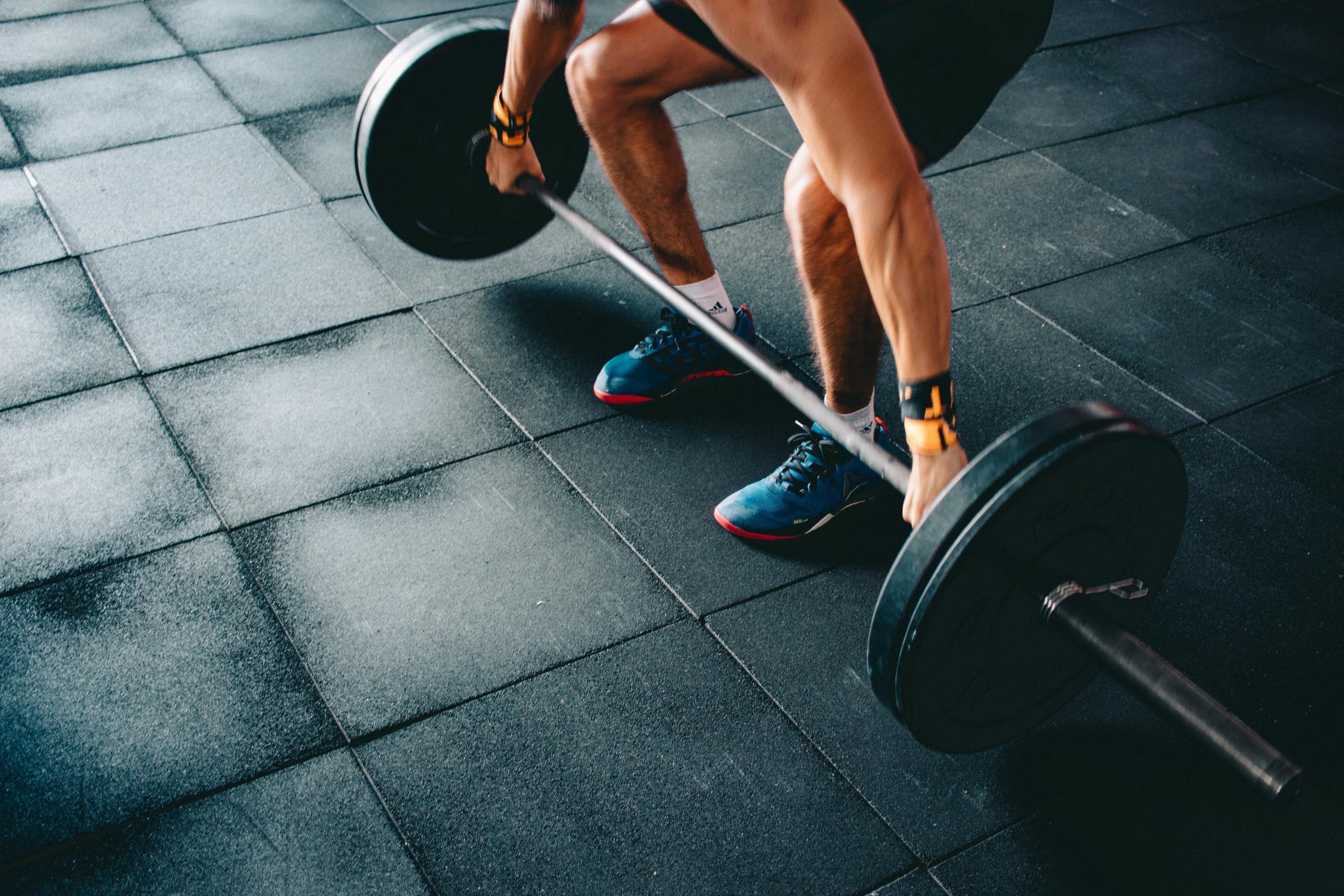 “I love pushing the limits of what I can lift, and knowing that if I never fail, I’m not being brave enough. I love the camaraderie of women at the bar: each woman in our club competes only against herself, and has her own goals, which may be strength in the context of a disability, or general fitness, or competitive powerlifting.

“I love it that the focus is on what our bodies can do instead of on how our bodies look. I love seeing students realise that a long-term goal can be achieved in small increments, and not just in the gym.

“I love the fact that at 71, I have the bone density of a 20-year-old, and that this is largely due to lifting. I love having a coach who is enormously knowledgeable, who is one of the best teachers of anything I have ever had, and who is thoughtfully, strongly committed to helping women lift heavy weights.

“And to be honest, I do get a bit of a kick out of competing, setting national and world records, and taking my club members along to competitions.”

Dr Walter’s next challenge is set to tie in with her 72nd birthday on October 3 – she will attempt to deadlift a total of 7,200 pounds in an hour, which is about 55 times her bodyweight.

“60 kilos is about 60 per cent of my maximum deadlift, which should be comfortable, but it’s a lot of reps!”

The Linacre Ladies that Lift are hoping to raise £2,000 for the club through people sponsoring Dr Walter in her challenge, and are currently more than halfway towards their target at £1,042.

As well as raising money, however, Dr Walter hopes to encourage other women to try weightlifting.

“Nervousness is not unreasonable,” she says. “In some gyms, some men (not usually the ones who lift very well) deliberately try to intimidate women who lift. So go online, for example to the Facebook page of the British Drug Free Powerlifting Association, or the Lady Lifters group on fitocracy.com, and ask the group about a gym near you that is likely to be friendly to women who want to lift.”

She also believes it’s never too late to find a sport or type of exercise you love.

“In school, I was always labelled ‘not good at sport’,” says Dr Walter. “Clearly it just took me 65 years to find the sport I am good at!”

Source: Meet the 71-year-old powerlifter encouraging other women to weight-train | The Independent